When you wake up and see another Promaster parked next to your rig, you know it’s going to be a good day. I noticed it first when nature called bright and early. I opted not to tell Colin because I didn’t want him to get all excited and energized when I wanted to go back to sleep. Well, nature called him shortly thereafter and that’s when I heard, “Did you see there’s another Promaster next to us?!?!” Then, we waited.

Our fellow Promaster was decked out in solar panels, had the same roof fan as us, and some enviable (and effective!) black out screens on their windows. We couldn’t wait to see more. All we needed was for them to wake up.

We made some coffee and smoothies, drummed our fingers, and pretended not to glance over at our neighbor every few seconds. And then. The black out screens came down. We didn’t want to appear too eager so we waited approximately four minutes before making contact.

Turns out, we were already instagram friends with our neighbors, Sarah and Andrew (on.the.way.to.nowhere)! I eagerly met Billie the beagle and then we swapped van tours. It’s incredible how two identical vans can be SO different and it’s fantastic. I mean, they have an indoor shower! and a flushing toilet! I didn’t want them to think I was a total creeper so I didn’t take pictures during our tour – you can scope out their digs here.

We went on different paths that day, but we reunited van-style the next day for a sweet hike.

6.8 miles, 1440 feet elevation gain. The highest point in the U.S. east of the Rockies and west of the Pyrenees in Europe.

Our hike started a little foggy but it cleared up in the end. 🙂

What does one do after a successful hike on a gorgeous day? Keep the good times rolling! We hit up a local brewery, explored a graffiti alley and enjoyed some solid diner food before hitting the sack at the closest Cabelas. 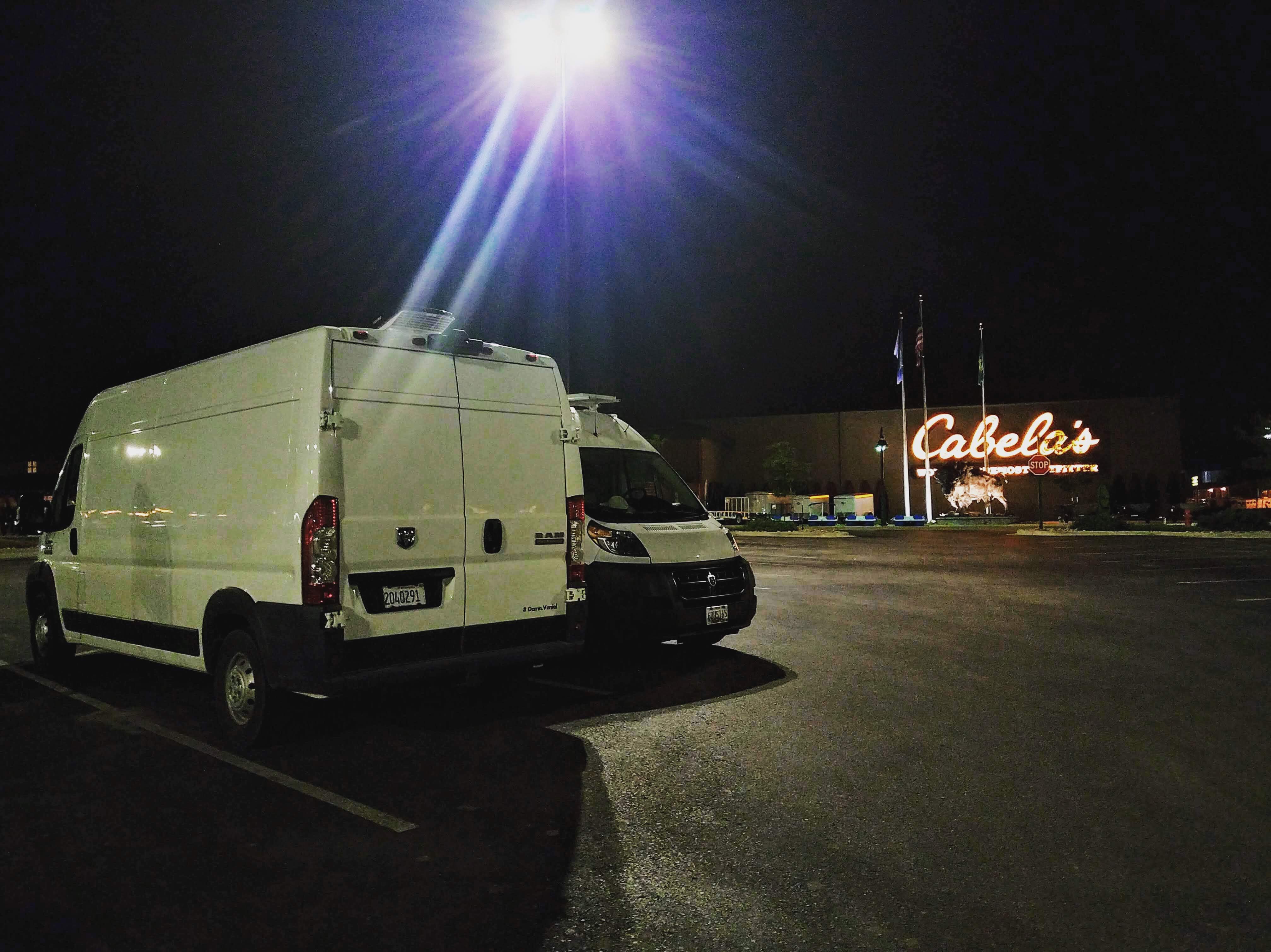 The next morning, Vaniel and On the Way to Nowhere parted ways (for now). I have no doubt we’ll meet up again somewhere down the road. 🙂

But we’re not done with South Dakota quite yet! There are two more stops worth mentioning before our journey goes to Colorado.

Mount Rushmore: For almost a week, we were parked within a half mile of Mount Rushmore. So we figured we should stop by. We opted out of the $11 parking charge and hiked the 1/4 mile up the road. Patriotism poured out of every corner. It is a remarkable feat. Truly remarkable. And yet… I couldn’t help but think about the fact that Gutzon Borglum, the sculptor behind the monument, was a member of the KKK. Not to mention, blowing up mountains to put faces on it. The visitor center video said something to the effect of, “People said you couldn’t do a better job than God when sculpting mountains but then we carved Mount Rushmore.” *swallows bile* With all that said, you have to admit the quartet looks good after 77 years.

Wind Cave National Park: Another National Park off the list! Much like Promaster camper vans, not all caves are made the same. Wind Cave’s unique features include boxwork ceilings and coral-like sections, something we have yet to see in any other cave.

There you have it! This concludes our time in South Dakota (for now). Up next: the beauty continues in Colorful Colorado. Until then, I leave you with this: