Almost a year after we packed up our van and moved out of our tiny micro studio in West Seattle, we finally returned to Washington. We had a long checklist of everything we wanted to do and people we wanted to see and no plan whatsoever. #methodsofsuccess While we didn’t get to everything on our list, I’d say we did pretty well.

“In the Enchantments, nature has carved one of the magnificent places of this world–an alpine paradise of granite worn smooth by glaciers, larches manicured by wind and cold, and crystal blue lakes strung together by a creek that tumbles and thunders between them.” – WTA

Colin and I had been talking about doing the  renowned 18 mile hike through the Alpine Lakes Wilderness area for awhile. Then, before we knew it, we were in Leavenworth, the weather was looking stellar and we made a snap decision to go for it. WHAT A DAY. We weren’t able to obtain overnight permits for the highly sought after Enchantments camping zones. So, we did it in one day instead. The real benefit here is that we didn’t have to carry our backpacking packs, tent, sleeping bags, etc for 18 miles. Good thing too because it was a doozy. My biggest concern wasn’t the 18 miles (naively), it was getting over Aasgard Pass, a steep 1,900 foot gain in less than a mile.

Was Aasgard a bit of an arse kicker? You bet it was. Was it that bad? Not really. We seemed to slough through it just fine (and even saw a family of mountain goats on the way!). Once over the pass, we ran into one gorgeous alpine lake after another. Talk about beautiful colors. None of the pictures have been tweaked because why mess with perfection?

Now, the one thing I didn’t consider when going into this hike was my knees. Or more specifically, how the 6,674 foot descent would feel on them. Well, I know now. And it’s not good. Not good at all. We still had about 4-5 miles left of our hike when my knees really started giving me the middle finger. If I could have used the trekking poles as extra limbs and dragged my legs behind me, I would have. At one point, Colin said to me, “No offense, but I’ve seen your great Aunt Lorraine move faster than this.” And he was right. That lovely 85 year old would have been CRUISING past me. I cried a little, got a little cranky, and eventually made it past the finish line back to Vaniel where we had brats and booze to end our epic day. Worth it.

Rainier’s Mount Fremont Lookout and the Burroughs trails: Colin and I made our way to Rainier National Park to get in some good old fashioned hiking. We didn’t get to see Rainier in its entirety but it did give us a little sneak peek and the fire lookout was pretty awesome. 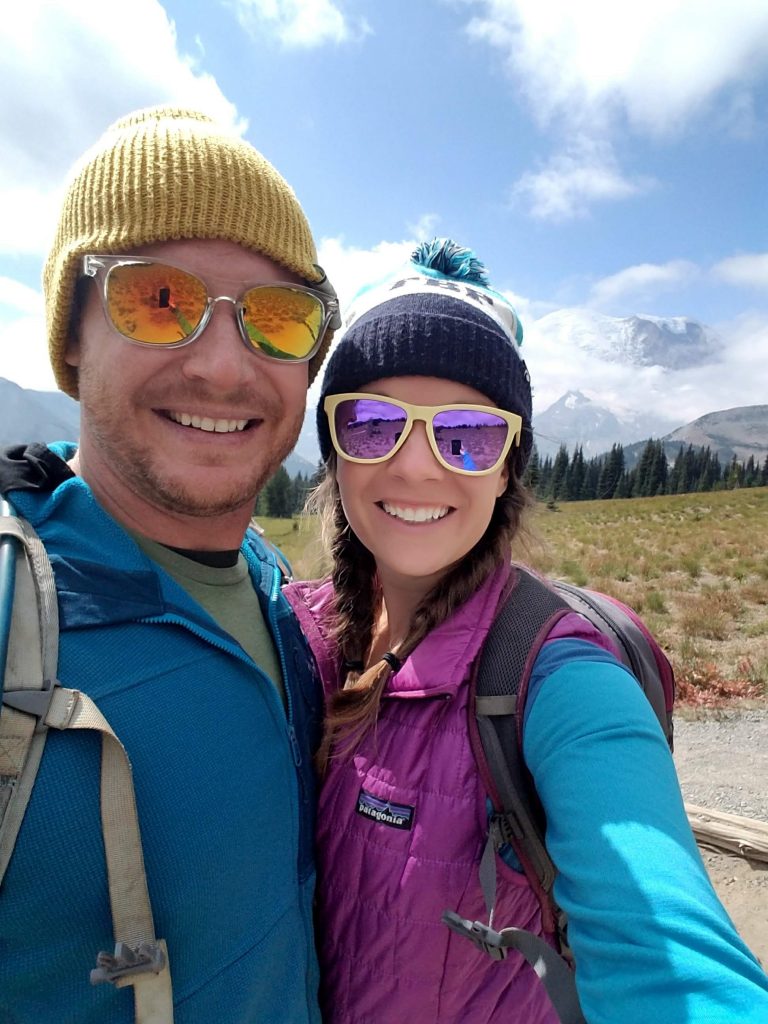 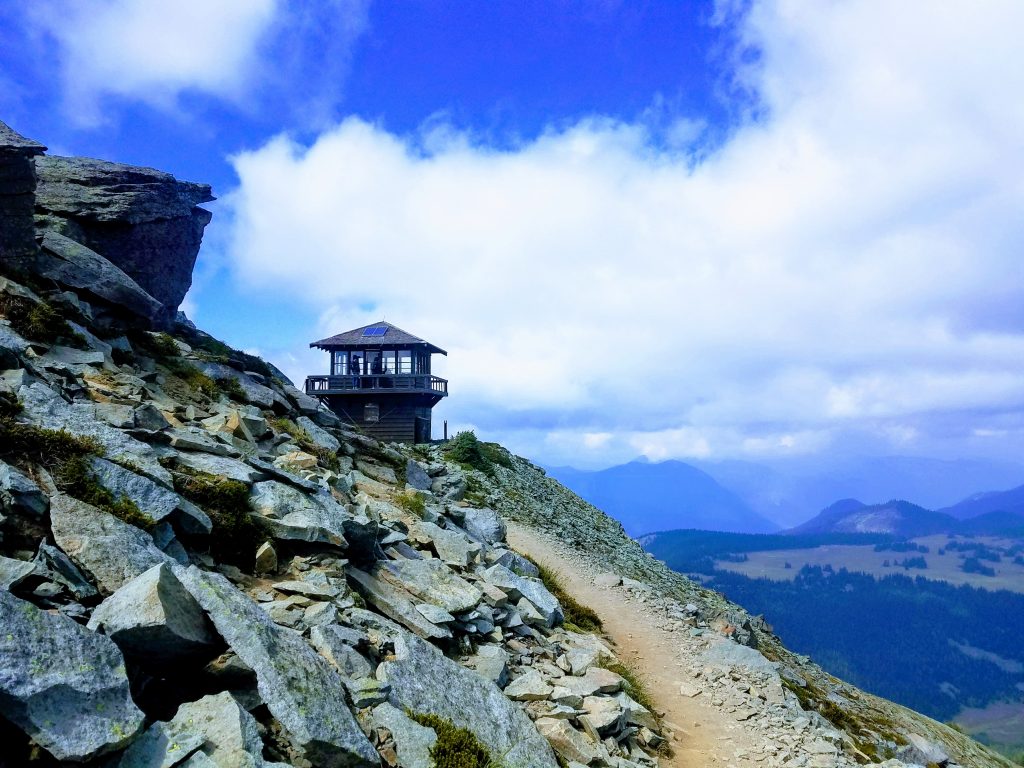 Our adventures in Washington weren’t limited to hiking, though we definitely earned our stripes. We caught up with friends, climbed, biked and even got some boating in on Lake Union and Wenatchee.

It’s worth noting that before arriving in the Pacific Northwest, I was in Illinois squeezing in as much family time as I could get. During this time, Colin and Vaniel were having male bonding time together in Washington. From biking in Bellingham to hiking in the Olympics, Colin continued his tradition of crushing it.

As for the items on our list that we didn’t get to? We’ll cross those off next summer. 🙂