Bright in the morning on October 21, we drove into Canyonlands National Park, Island in the Sky district. Not much can get me motivated in the morning but the prospect of avoiding crowds certainly helps put a pep in my step. Canyonlands is known for Mesa Arch and all the pictures I had seen were just gorgeous so I wanted to see it without all the people. Coffee in hand and still wearing our morning pajamas, we walked to the arch. While we weren’t the first ones there, we certainly did get to enjoy it without crowds. I must say, Mesa Arch is my favorite arch – and that includes all those in Arches National Park (*gasp*). 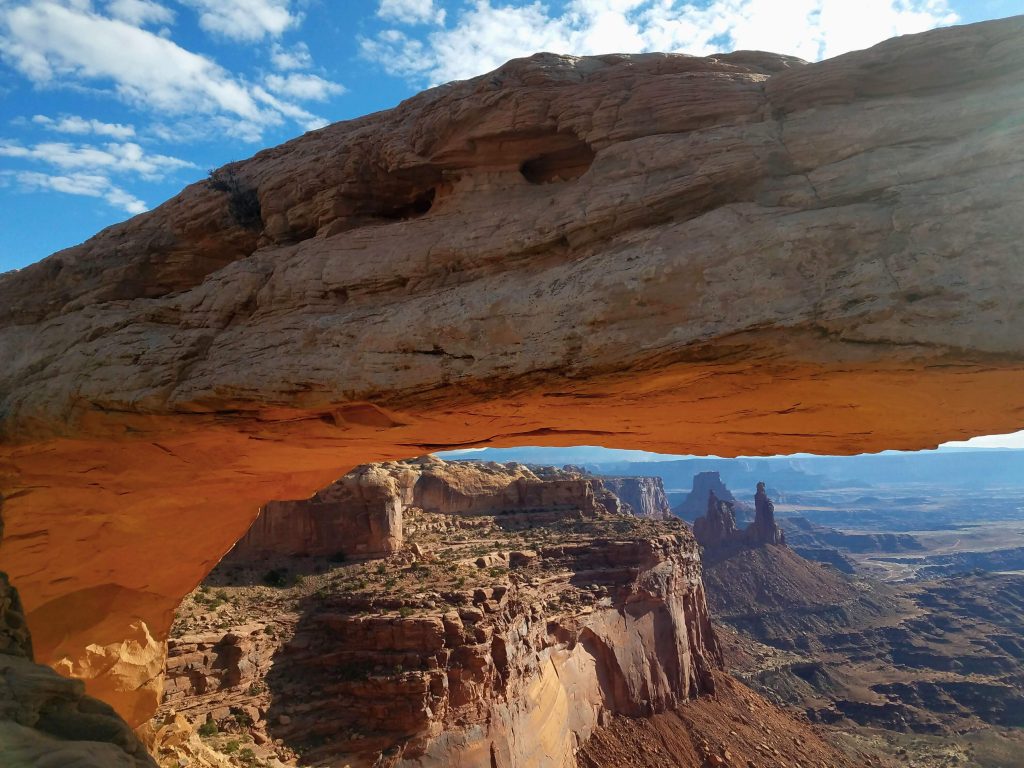 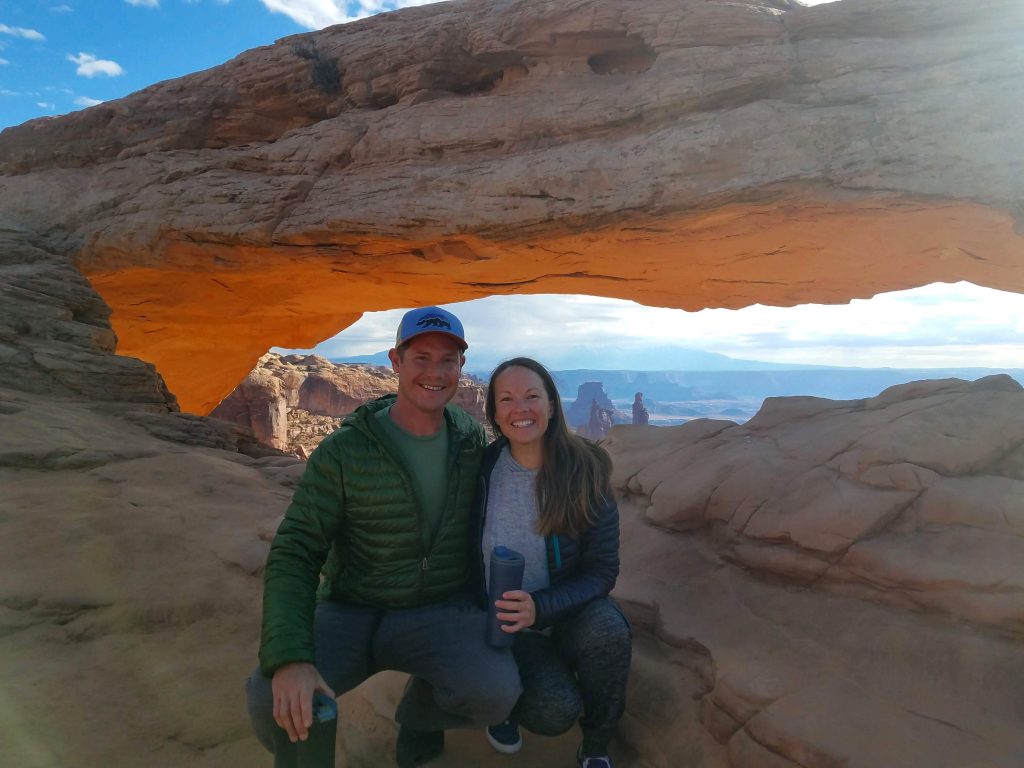 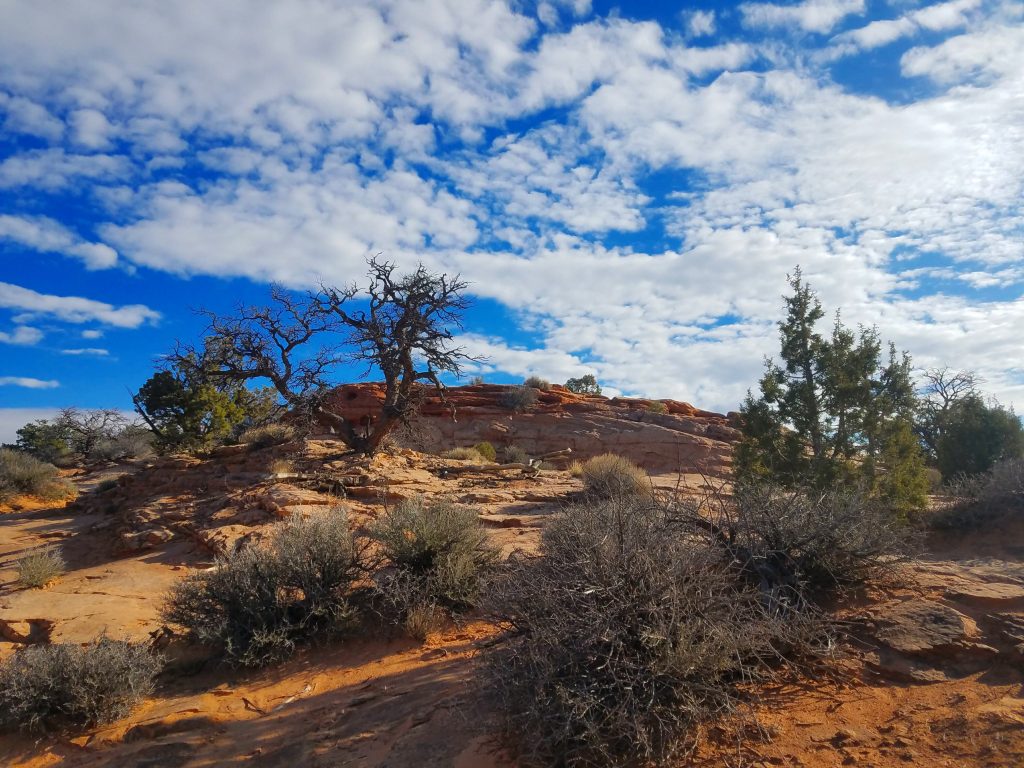 After Mesa Arch, we cooked up breakfast in the parking lot and met a super rad family from Utah who could put our adventuring to shame (with five kids!). Then, we drove through the park, visited all the respective turnouts and even enjoyed some warm weather! 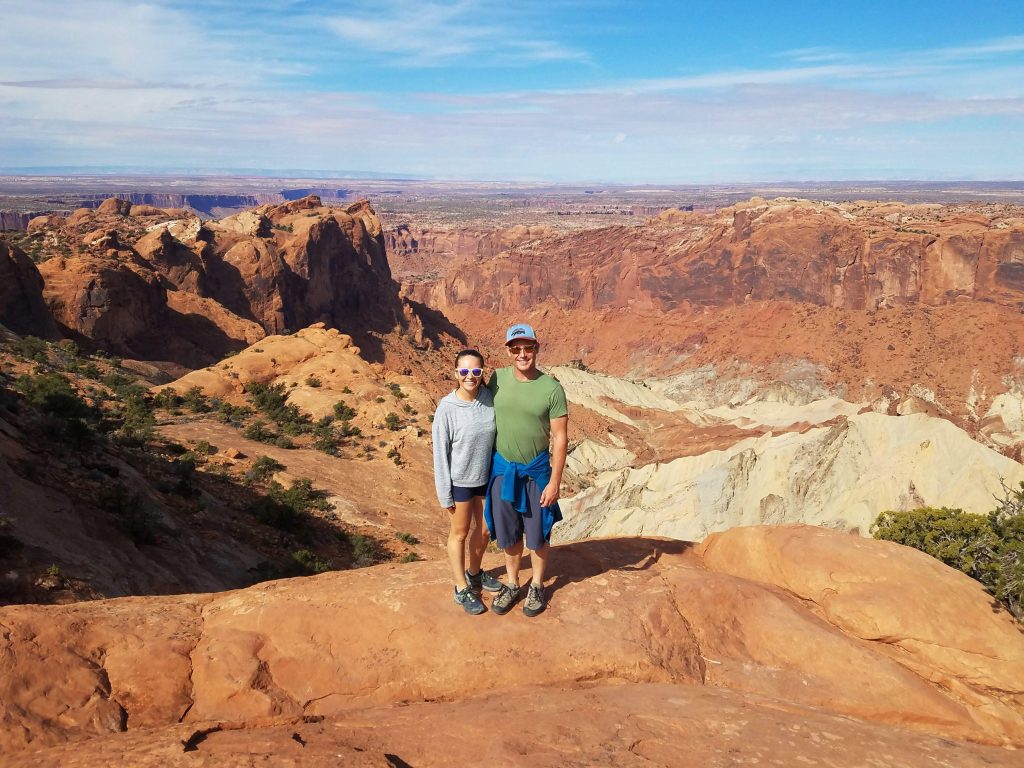 Vaniel wanted his own photoshoot in Canyonlands as well. One can hardly blame him; he looked GREAT that day. 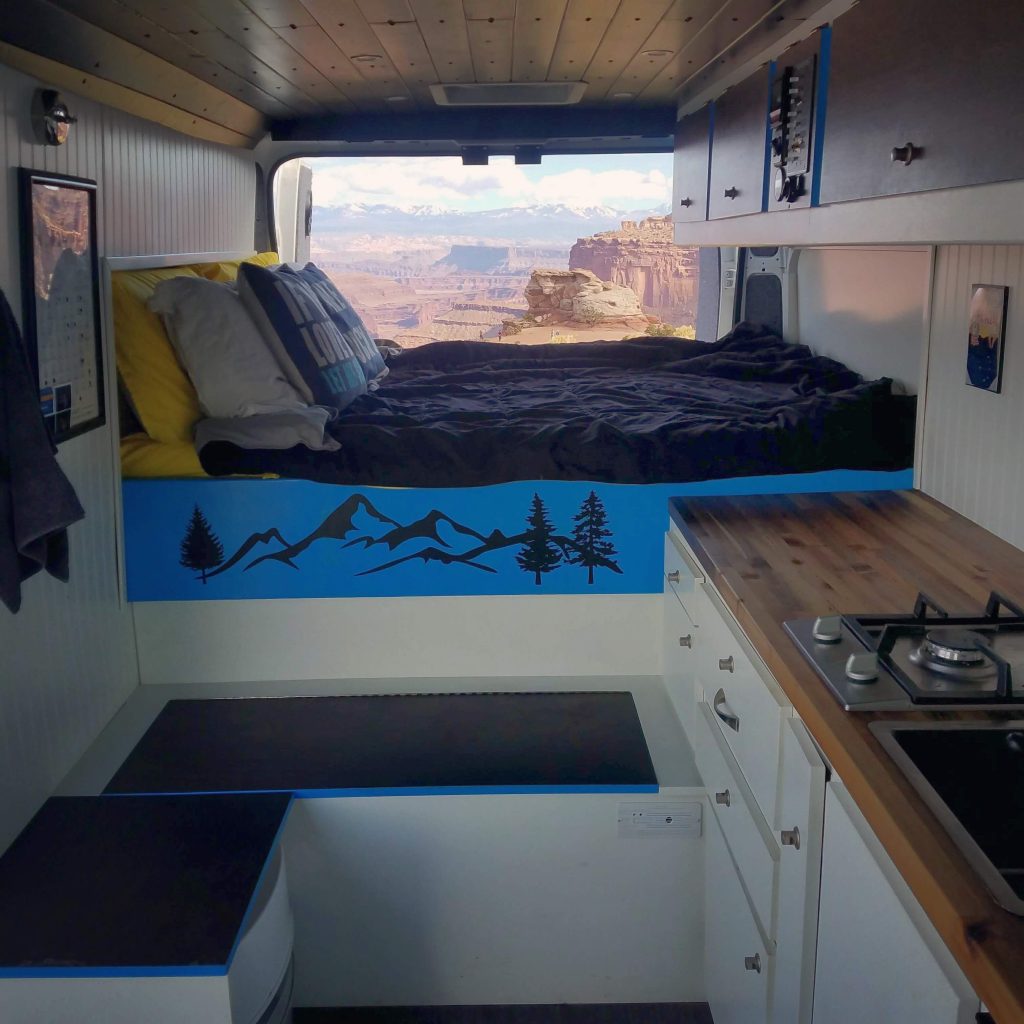 After visiting the Island in the Sky district, we made our way back to Arches National Park for canyoneering and climbing adventures. A week later, on October 29, we traveled to the Needles district of Canyonlands where we secured a sweet campsite that Colin had frequented about five years prior on a camping trip with friends. How he found the same exact campsite in this remote, rugged landscape is a mystery to me. Thankfully, if he found it twice, he can find it three times and next time we go back, rest assured, we’ll be scouting out the same digs. 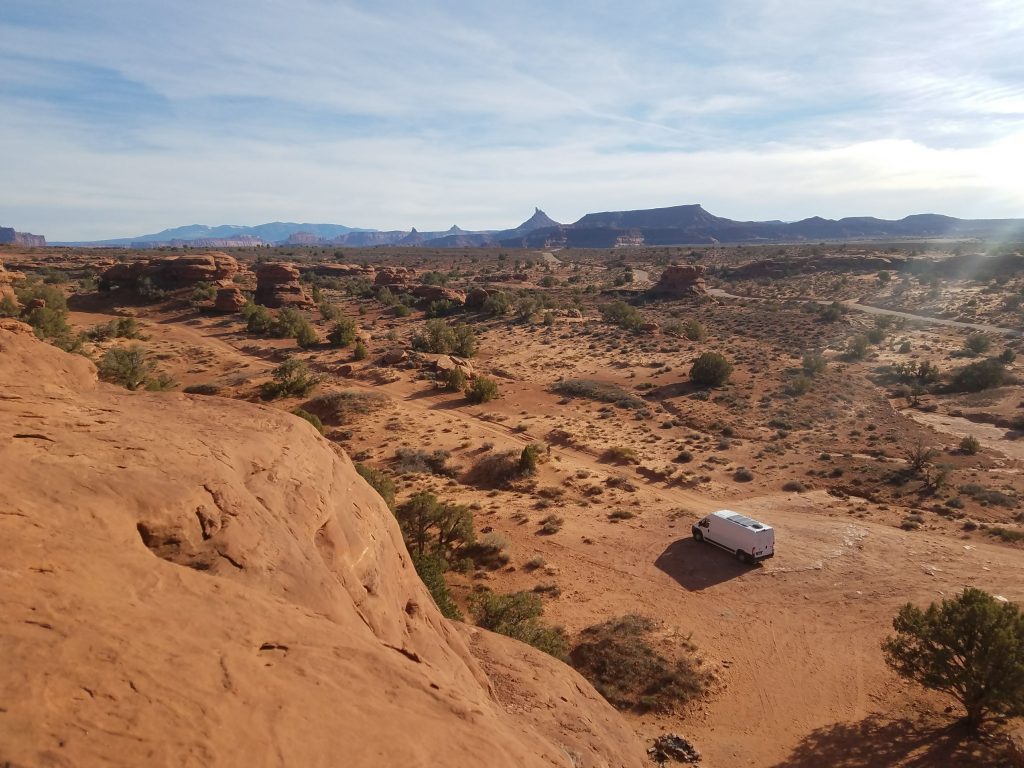 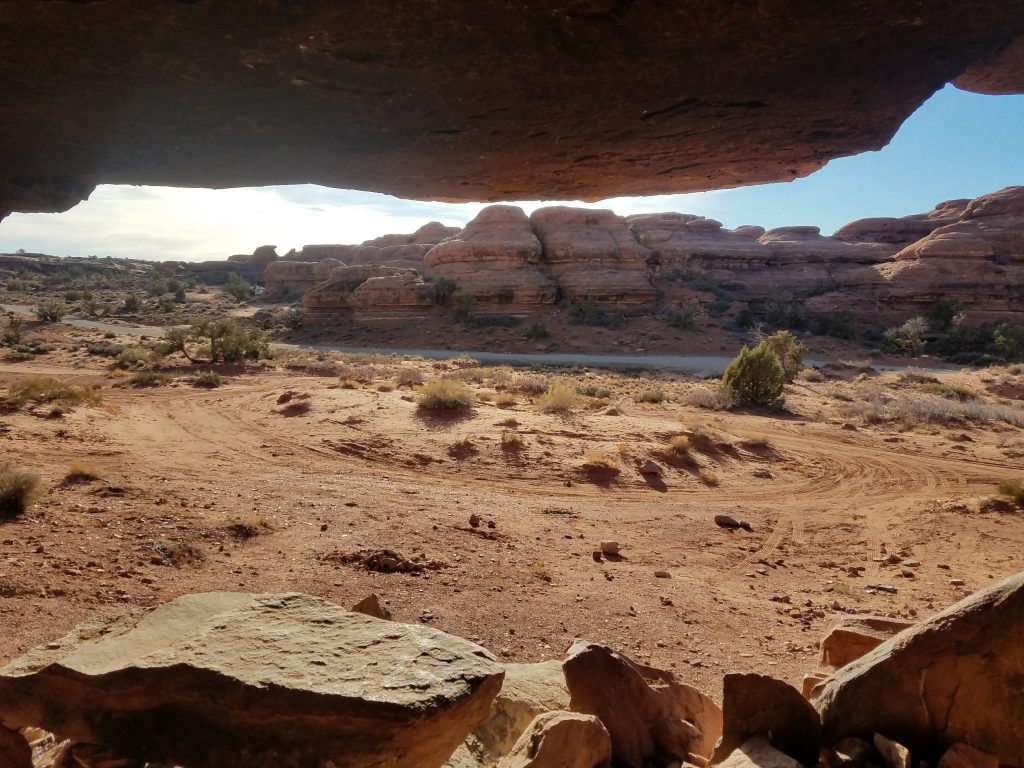 Our intention was to climb at the Needles that week; Colin had been practicing his crack climbing skills (which the Needles are known for) and I was feeling very confident with my lay-backing skills which wouldn’t do me any good in the Needles, but it was better than nothing. Alas, nature had other plans and we awoke to snow and rain the next morning.

So! As we have grown accustomed to doing, we changed plans and made the best of it. Next up on Vaniel’s adventures: Utah’s least visited National Park: Capitol Reef.