Outbound living has many, many advantages: Simple living, waking up in a new place and opening your door to a view you haven’t seen before, moving wherever the wind takes you, saving money, chasing summer, etc.

With that being said, outbound living means your home is, well, outside. All the time. That’s fine by me when the sun’s up, but when the sun goes down, that can change. Most days, I do just fine and can conduct myself like a normal thirty four year old adult. Other times, well, it’s not so easy and fear sinks in (which can make me cranky). Maybe it’d be better if it was just one thing that scared me, but the truth is, it’s a few things all under the same umbrella: the dark. 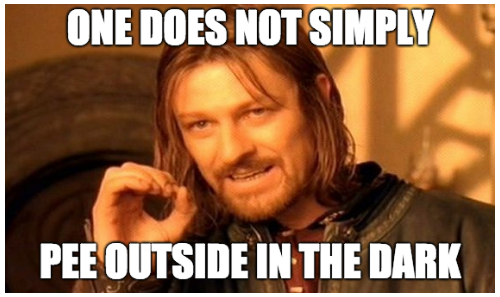 Are you afraid of the dark? Uh, yes. Yes, I am. Especially if my pants are around my freaking ankles in the middle of the night, then that ups the fear factor by at least 20 because no one can run with their pants around their ankles. And let’s tack on some vulnerability points while we’re at it. If I’m going out by a mountain lion attack, it’s not going to be with my pants down.

Thankfully, Vaniel has an indoor toilet. In the early days, I’d try to prolong our need to empty the throne by peeing outside at night. I’d try to time it with Colin’s trip outdoors. I’d keep myself within viewing distance while he went off to pee and I engaged in the most impressive squat/tricep dip against a van tire that has ever been seen, all the while making sure to not splash urine on my shoes. These days, unless I’m feeling brassy or there’s a bright full moon, I keep my business indoors.

One night, early on in our travels in the North Cascades, I was freaking out in the back of the van and Colin asked what there was to be afraid of. I replied, “Serial killers, rapists, bears, axe murderers!” His response, “Well gee, that’s a lot to think about, huh?” (I do love that man). Turns out, we were just parked really close to a tree that was scratching against the van with every breath of wind, but YOU NEVER KNOW. (Note: we don’t park next to freaking trees anymore because f that). I realize the likelihood of a singular wacko, or even a group of wackos, finding our van in the middle of nowhere, just waiting to attack is unlikely *knocks on wood*, but the thought still remains. Maybe it’s good our home travels continuously so we’re never in the same place at once? Makes us harder to catch, eh?

finding a place to sleep

Overall, we’ve gotten a lot better at this, but there have been times where we would search for a place to sleep way after sundown. Want to know what that looks like? THIS. 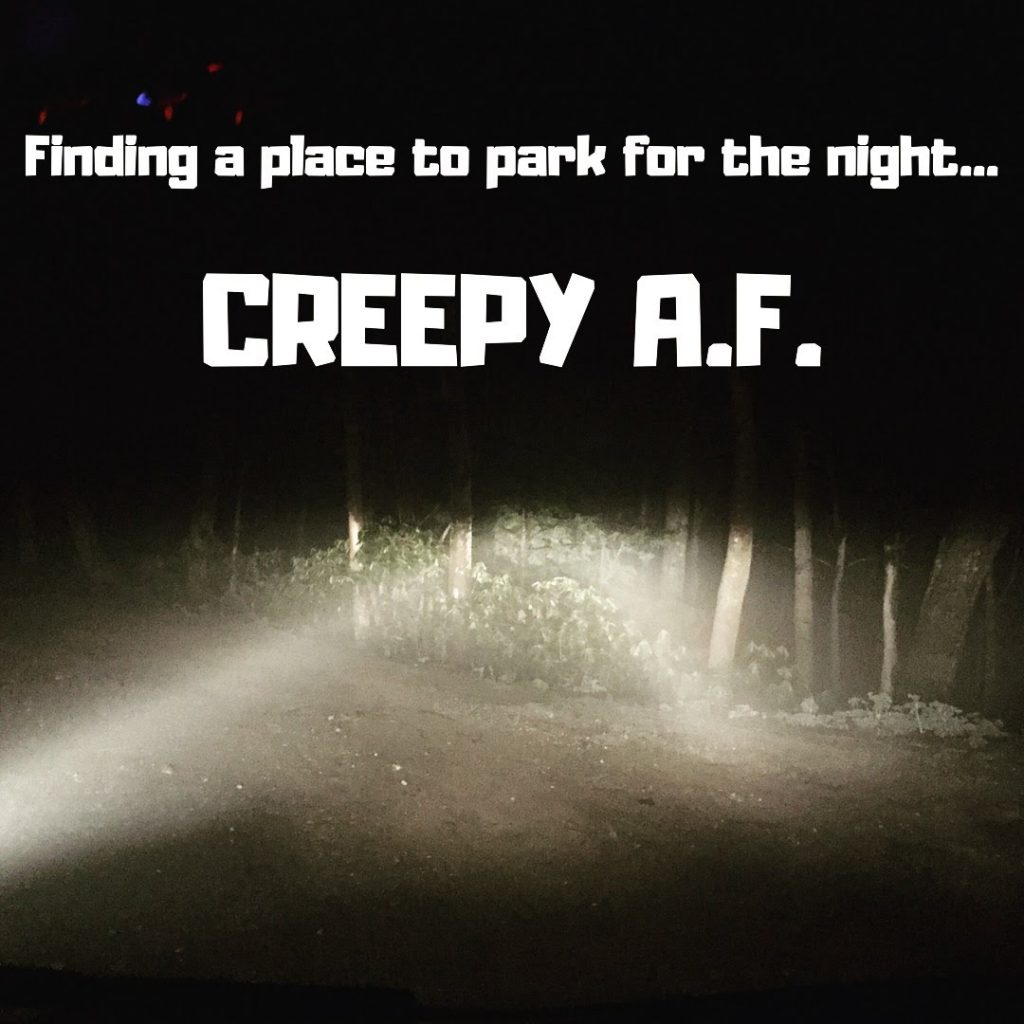 I’d like to think that view would strike fear in the heart of any (wo)man. Oh sure, in the morning, it may look fine but trying to find somewhere to “relax” for the night when it looks like a horror film doesn’t quite put me at ease. Add a backcountry, janky ass road where I fear we’ll get stuck and stranded for the night and I’m already hearing banjos.

If I never hear “Be safe!” again, it’ll be too soon. Want to hear “Be safe!”? Tell people you’re going to Mexico. Even better, tell people you’re DRIVING to Mexico. *clutches pearls* Was I scared? Yes. I was worried about all the logistics with crossing the border, I was worried about driving to El Potrero Chico, I was worried about bribes. All the worries! But man, if anything makes you worry more, it’s everyone telling you they’re worried. In turn, all you want to do is squash that fear and prove there’s nothing to worry about. As such, I’m very happy to report that during our seven weeks in Mexico, we survived without incident and had a pretty swell time at that.

Still best to be prepared, yeh?

We don’t have a gun because, logistically speaking (not going into any other debate), we want to be able to cross the borders into Mexico and Canada. Even within the U.S., every state has its own laws so it can be a bit of a cluster to say the least. So! Knowing myself and my super imaginative brain, I have equipped the van with the following: 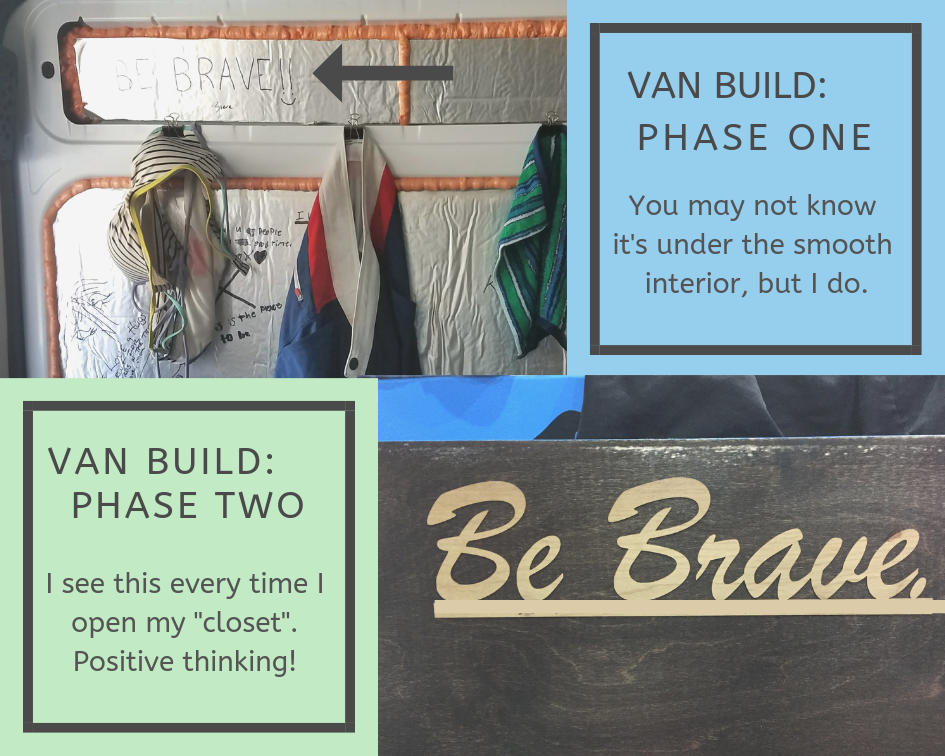 credit where credit is due:

I do realize that nighttime brings us many wonderful things:

I’m slowly working on this fear of mine. I’m focused on bringing reality to the forefront vs. the what-if’s. With every passing day/week/month in the van, I am getting better. Or maybe I’m just going to sleep earlier? Who knows.