It’s hard to believe it’s only been two weeks since we left Illinois. We’ve been to six states, I jubilantly crossed off my 50th state, Colin saw his first manatee and we’ve already gone through about 5 bottles of sunscreen. Because pale. We also had a lot of van life firsts: we stayed overnight at a truck stop and even showered at another truck stop! On the other end of the coin, we have also stayed overnight at some of the most welcoming homes with incredible people.

Our very first stop after packing up the van and leaving Naperville, Illinois was… <drumroll>… Elmhurst, Illinois! We had some bomb crepes from one of Colin’s college friends, Niall, who owns a crêperie. Nothing like starting off a long road trip with a happily filled belly.

Our first evening was spent in Owensboro, KY with Colin’s aunt, uncle, and cousins. We confirmed what we already suspected: kids LOVE Vaniel. It’s like a tiny home hand-built just for them! I wouldn’t be surprised if there was a little “Uncle Colin” fan club taking root in Kentucky at this very moment.

Our first national park was Mammoth Cave in Kentucky. We hiked, explored the Visitor’s Center and took two tours: the perfect tourists. Pictures don’t do the caves justice but I’ll throw one in anyhow. [envira-gallery id=”3226″]

We made it to downtown Nashville for a night on the town. Granted, our night out consists of wearing puffy jackets and gym shoes – you can take the vanlifers out of the van, but you can’t take the van out of the vanlifers. Or something like that. We visited a few bars, had some cocktails, and heard incredible singers, especially the ladies at Tootsies. My college love for country music clicked its boots together and I was reminded of awesome tunes I haven’t heard in years. We split early to stop spending money and we were asleep by 11pm in a Walmart parking lot. Classic Nashville, am I right?! 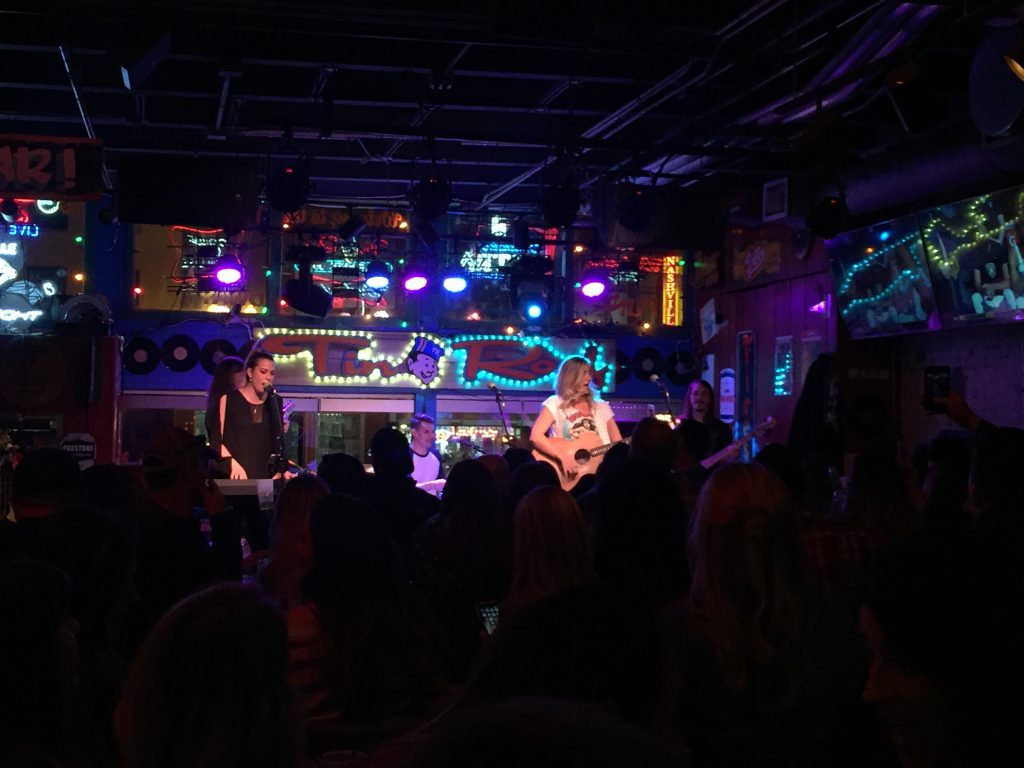 After Nashville, we hightailed it to South Carolina and, after four years of waiting, I finally crossed off my 50th state! I got a kiss as we crossed the state line and all was right with the world. Then… we couldn’t find anywhere to stay the night. As we learned this particular evening, not all Walmarts are overnight friendly. We rolled into a Walmart, ready to call it a night, and we were faced with multiple “no overnight parking” signs. Thankfully, Google found us a truck stop nearby… but we didn’t stay there. It was small, there were very few spots available and I didn’t like the feel of it. 45 minutes later, we rolled into another truck stop. Oh, there were trucks, RV’s, and Promasters galore! These were our people all right. We were safe and sound and slept great.

The next few nights in South Carolina couldn’t have been more different than our first: we stayed with Colin’s grandmother in Columbia. We went out to dinner, we cooked breakfast, we read in the sitting room, slept indoors, did laundry, all the things! [envira-gallery id=”3227″]

We also adventured a bit: we visited Congaree National Park (our second National Park for those keeping track) and went canoeing. Truth be told, it wasn’t our favorite National Park. BUT we did learn that a 14’9″ canoe can fit inside Vaniel so that was fun! [envira-gallery id=”3230″]

After we left Columbia, we visited Charleston for a day and toured the town. Then, based on a solid recommendation from locals, we watched sunrise at Folly Beach and I was never happier to have woken up so early. [envira-gallery id=”3231″]

After Folly Beach, we realized that there wasn’t much else that we really wanted to do in South Carolina. So, after taking a power nap on the side of a beach road, I awoke to Colin suggesting we head to the Keys. I was IN. We packed up the van and hit the ROAD. And what followed is for another day. Another blog. But it’s been incredible.