Smith Rock State Park, a picture-perfect climber’s paradise in central Oregon. It’s a unique place with views all around, beautiful water surrounding the rock, and some very enjoyable climbing. 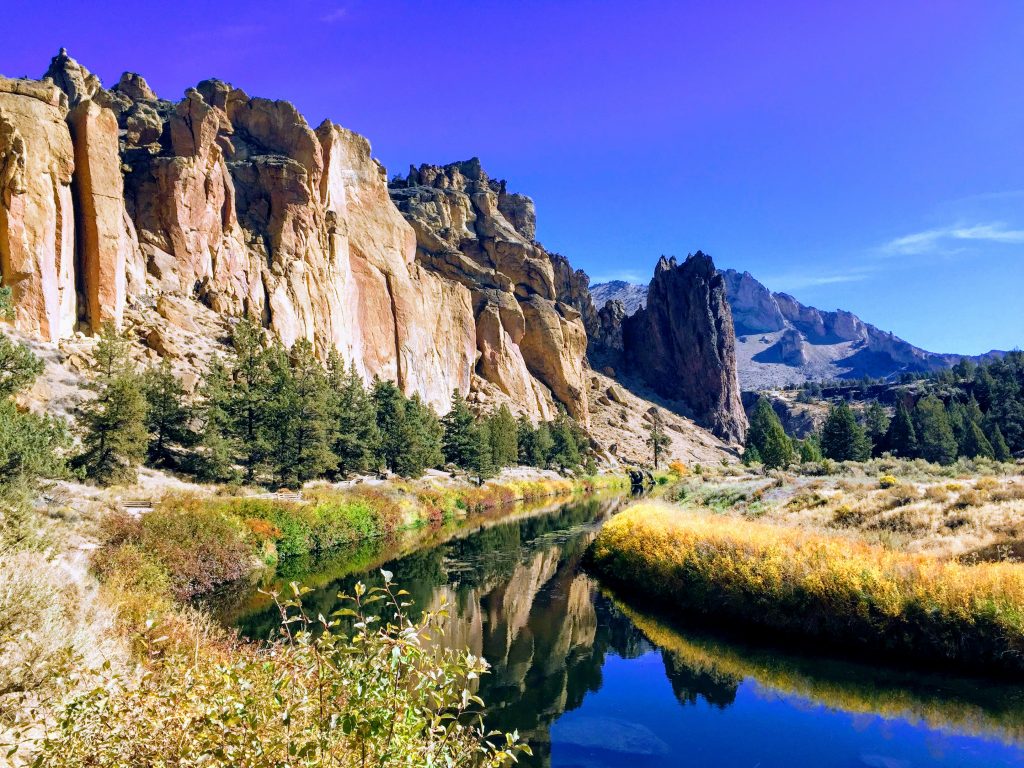 It’s also quite special for us as it is the first place we ever returned to with Vaniel. The first time we were in Smith Rock (September 2017), we had just left our old lives behind in Seattle. Vaniel, unnamed and presumed a girl, was a rough build with ratchet straps holding our shelves in place. Colin and I were just starting to figure out this adventure called van life.

One year later (September 2018), Vaniel has crossed off 17 more states, has a completely new interior, and Colin and I feel completely at home. It’s hard to describe the feeling when we pulled into the same camping spot that we occupied the year before. It felt like we had returned home; just one of many homes that we’d be returning to in the future, but this was the first. Thank you, Smith. 🙂

Another perk of returning to Smith Rock was seeing how much our climbing has improved over the last year. For me, the pinnacle was climbing a five-pitch 5.9 route called “Wherever I may roam”. No way would that have been possible last year, but we did it. The amount of pride was equally as rewarding as the view. 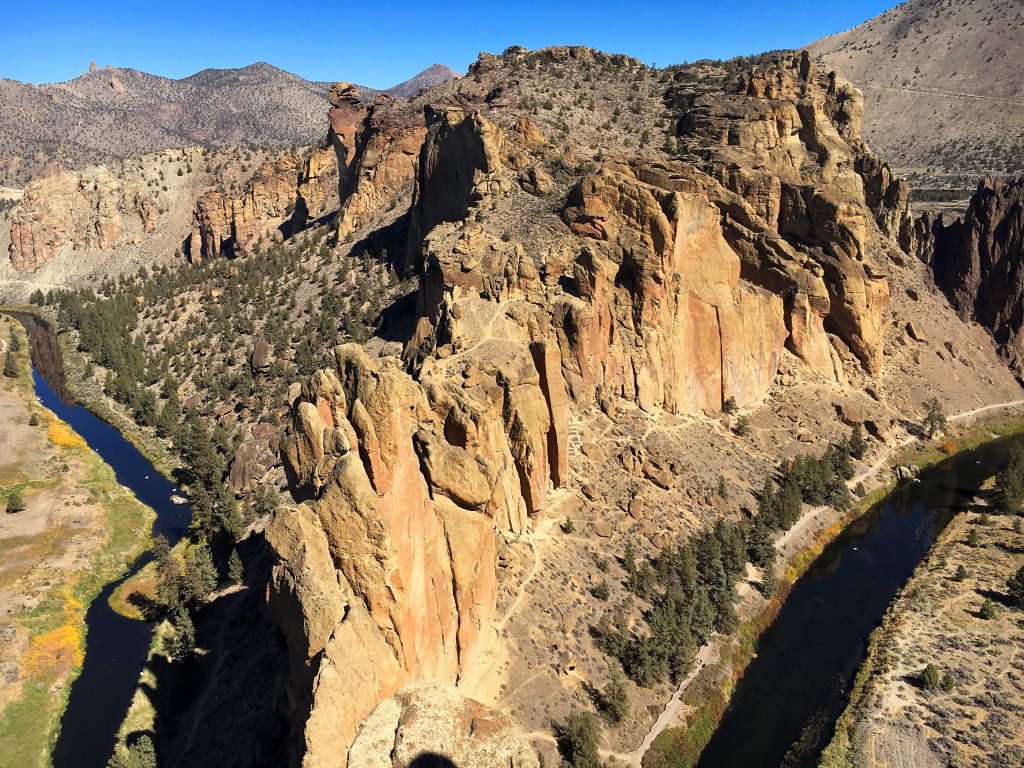 While a good portion of our time in the area was spent at Smith Rock, we also frequented Bend and the neighboring communities. There was mountain biking, wiener dog races, kombucha tastings, an alpaca farm, breweries, a “Last Blockbuster” party, and some local climbing as well. What a wonderful, hilarious collection of goodness. Is it any wonder we enjoy “van life” so much?

Up next, City of Rocks pleasantly surprises us and Vaniel makes an awesome new van friend!