Rule #1 of Van Life: Nobody shits in the toilet.

Rule #3: There are no other rules.

With only two rules, you’d think we’d have this locked in by now. For the record, Rule #1 remains unbroken. *clasps hands above head* We’ve had a few close calls, but nothing a shovel, random port-a-potty, or Walmart couldn’t fix. The same can’t be said, however, for Rule #2.

So there we are, rolling into City of Rocks in Idaho. We heard there was climbing so we decided to pop in, not expecting much. Mistake #1: Underestimating City of Rocks. Mistake #2: Underestimating the crowds on a Sunday. It was an absolute shit show. A cluster at its finest. So we didn’t stop; we drove right on through and parked outside the reserve for some peace and quiet. All things told, this worked out in our favor because Colin was laid out the next two days. Reading and movies were plentiful (no complaints here).

Then, the clouds parted, the sun shined on us, and Colin felt better. We drove into the City of Rocks park, pulled Vaniel alongside another white cargo van so he wouldn’t get lonely, and decided to warm up on some easy single-pitch climbs. No sooner had we finished warming up, do we hear, “*muffle muffle* Damn Vaniel!”……”No f*cking way!!” And that’s how we met Ryan and Michele from @Roaminginavan.

Naturally, we geeked out about knowing each other from Instagram but even more crazy is that their van was one of our three inspiration vans when we were doing our build! It’s a small van life world after all. We met their dogs, swapped van tours, and immediately started climbing together. They are some badass climbers. They climb routes well beyond our pay grade but they enjoy climbing so much, they’ll climb most anything. [envira-gallery id=”4158″] One of the most noteworthy climbs we did was called Sinocranium, a fun, 7-pitch, 5.8 climb. It wasn’t difficult but it was long. The summit was excellent and it was fun to share the experience together. Even better, Ryan has a drone so he got some sweet footage of us at the top!

After Sinocranium, we parted ways – they were off to Moab and we were off to Provo. Why Provo? Why on earth would you go to Provo, you ask? I guess you’ll have to read the next blog to find out.

Bonus footage: I got to FaceTime with my nephew at the top of Sinocranium! He looks proud of us. 🙂 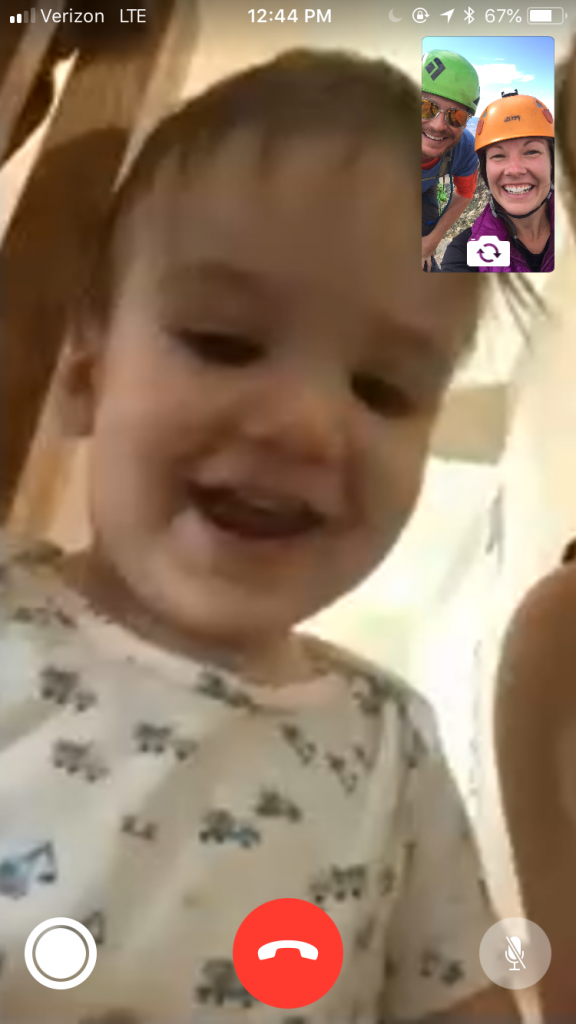