Let me start by saying, our first night in North Carolina didn’t start well. After driving down a dark, winding, one-car road for an eternity, we finally found a spot to sleep for the night. There was only one problem: it felt like we were in the middle of a scary movie. It was dark; all I saw were creepy trees, or whatever my headlight was shining on at the time. I was pissed when Colin made me go to the back of the van BY MYSELF to grab whatever it was that I felt I needed at the time. He told me to be brave, I told him to shut up. (I’m a people person).

Then I went to sleep. And I woke up to see there were no axe murderers or killer bears hiding behind every tree (for now..). Then, we drove less than five minutes before we saw this stunning view from the Blue Ridge Parkway:

Then, all was right with the world (and I apologized to Colin for my continued nighttime crankiness). Little did I realize, that as great as that morning felt, it was about to get a lot better.

Linville Gorge: Another wonderful surprise of a place. We will return. We were only there for three days but we packed it in. We hiked every day (including technical scrambling) and enjoyed two days of stellar climbing on quartzite. We slept in the parking lot and made a new friend who taught us all about slack-lining.

Appalachian Mountain Brewing: Located in Boone, NC, AMB has officially won my heart and is my new favorite brewery and cidery. Green tea & rhubarb, cinnamon & plum, ginger & turmeric, and basil bae are just a few of the incredible ciders I tried. And Colin? Well he tried every beer and he was not disappointed. God bless samplers, that’s all I can say. I also tried most of the beers and they were delicious. We walked out of there with full hearts, bellies, and hands (a few bottles, a case, and a six pack, as you do).

Charlotte: There is nothing better than being across the country and reuniting with a familiar face. In Charlotte, Colin and I met up with Vanessa, a friend from college, and her amazing family. It was a three person Bradley Reunion tour. It is so much fun to catch up and see where life has taken friends in the twelve years post college. We also arrived just in time for the Catawba Lands Conservancy Pop-up Picnic that Vanessa managed; huge success!

Sierra Nevada: Beautiful brewery, would be the perfect location for a huge party. Beer: standard fare. But did I mention how pretty it was? 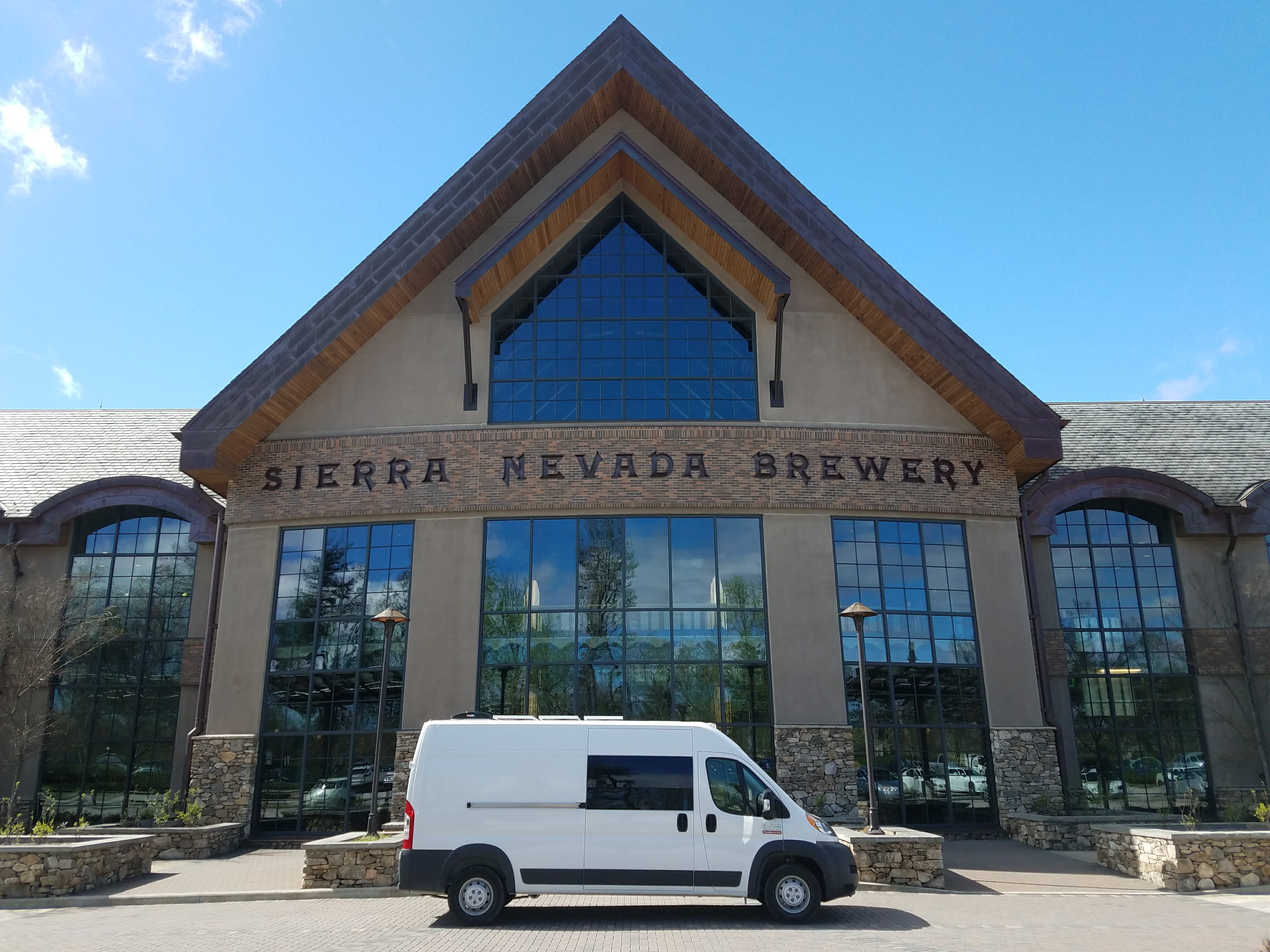 Next up: The best damn pizza and climber’s hangout in Kentucky… and then some.